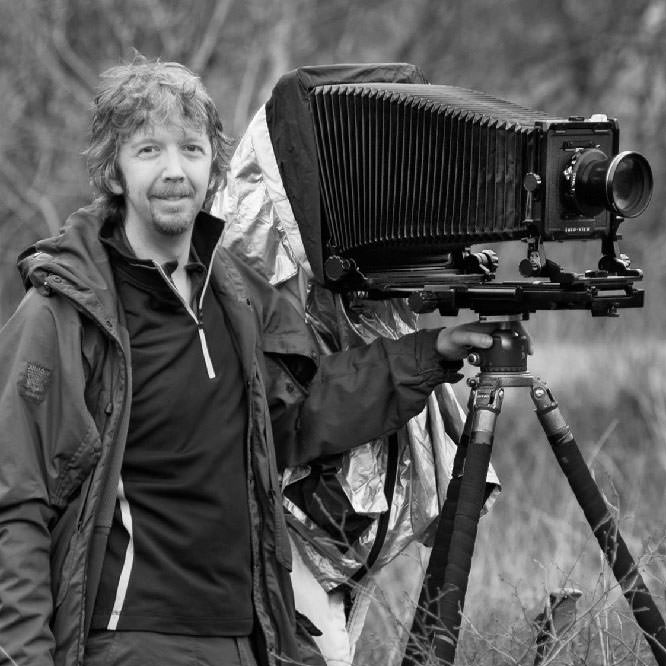 Tim Parkin has worked in various industries, from steel production and fighter jet HUD development to A&R for U2's record label and somewhere along the way, he managed to end up with a PhD and a broken back. A doctor subsequently prescribed walking as a cure (for the PhD and back he thinks) and shortly after he started landscape photography.

With his addiction firmly entrenched, he proceeded to start a new career running a magazine dedicated to the art of Landscape. "On Landscape" (the magazine's title) is now six years old and not only has it become his full-time job, the genre has also introduced him to some of the nicest people he's ever met.

His personal photographic work moved, contrary to accepted wisdom, from digital to film (and subsequently to both, including running a drum scanning service and wielding a Sony A7RII), and now he uses 4x5' and 10x8' view cameras and is building a 16x20' camera, just in case!

Tim now lives in Glencoe, Scotland with his wife and three cats, Harpo, Chico and Groucho.